What is Climate change? What does - climate- resilience means?

A climate change is a lasting change of earth’s climate statistical variability ranging over decades to million years. There is a natural climate variability which can be explained by intrinsic processes, inherent in the earth itself.

Earth climate alternates between warm and cool periods of variable magnitude and variation. The greenhouse gas emission (GHG) generated by human activities for nearly two centuries have changed the composition of our atmosphere, increasing the average temperature of the air and oceans and increasing the amount of heat on the earth’s surface at the same time. This is what we call global warming. In its broadest sense, this phenomenon is also known as climate change.

Given the current situation, the ability of local populations to cope to climate changes is now a crucial issue. Today, climate hazards and harvest unreliability stemming from climate change are a major problem for poor people who depends on agriculture for their living.

In order to sustain themselves, every rural community will need to adapt and be resilient. Resilience is this ability for a population, to adapt without renouncing to its socio-cultural habits and pratices.

A population is called resilient as soon as it successes in overcoming disruption and maintaining its structure & social organization meanwhile. The population shows resiliency when it incorporates the necessary changes for its proper working, its long-term maintenance.

Establishing a prevention systems and risks mitigation systems is now a key priority for Lao government.

In Lao PDR, the onset of the rainy season is a long time coming, the hot season is longer than ever, alongside with waves of heat and increasingly frequent episodes of drought. Heavy rains provoke flash flooding, inundations and mountain slides which damage material goods and peasants’ harvests.

These changes directly affect the livelihoods of the populations, slowing down the rural and the economic development of the country.

« Lao PDR must also urgently take steps to build its resilience by enhancing its adaptation efforts across all sectors », INDC, September the 30th of 2015.

Lao government has laid the foundations of a sustainable development strategy based on :

1) the increased share of  renewable energy to 30% of total energy consumption by 2030; 2) a National Strategy for climate change NSCC) ; and 3) a National Forestry Strategy aiming to increase the forest cover to a total of 70% of land area by 2020. This one converge with the climate r9isk mitigation formalized in the NSCC, 2010.

Approved in early 2010, the NSCC envisions a future where: "Lao PDR is able to mitigate and adapt to changing climatic conditions, while pursuing a sustainable economic development, with a pro-poor growth combining poverty alleviation, public health protection and safety, natural environment preservation and advanced quality of life for all Lao people".

These minorities traditionally live at the edge of the forest, picking up forest products and practicing slash-and-burn agriculture for their livelihoods.

Upland farmers practising shifting cultivation are felling the trees of fallow lands to open up new areas, burning up the plan residues on the ground then to put the land down to crops. Slash-and-burn agriculture was deemed to be archaic and not environmental friendly so it was banned, with entire communities relocated.

In Phongsaly, relocations of ethnic minorities started in 1975 with the Ricefields episode, ending up  in 1986.  thousands of families were relocated to the bottom of the valleys where gentle slopes allow terraced rice fields settlement. Thus, the "feller communities" have been shifted towards a modern and productive agriculture based on  intensiveness operating systems with shorter fallows.

Today, relocation are still ongoing trough the land reform 1994), the land registry and the land redistribution programs. the aim is to bring ethnic minorities closer to public services, administration and roads, thus realizing the national objective of integration.

The progressive settlement of new families inevitably leads to a competition for resources, resulting in diminished coping abilities  & diminished development strategies  over the long  haul for rural communities.

Phongsaly is the northernmost province of the country. The climate of Phongsaly is usually suitable for rainfed fields but with the increase of climate hazards, good harvests can no longer be guaranteed.

Rural communities are very dependent of their agricultural production and their resilience to climate change is very low. the communities have barely any access to weather forecast to protect their crops from  bad weather conditions.

The district level authorities mention the existence of radio programs information but there is no regular weather forecast at provincial level .

Farmers bounce back to their own observations to carry out their farming activities. their predictions are often uncertain, so they can not anticipate. Only a strong wind and black clouds provide  solid evidence of the rainfall coming.

Most of the time, farmers determine day-to-day the workload and the tasks to carry out in the fields. In manner of speaking, their ability to anticipate is basically nonexistent.

The objective of the project is to enable ethnic communities establish a long term development strategy which would be enough flexible for them to adapt and tackle climate challenges. To do so, the dialog between local populations and governmental level agencies must be improved for a better collaboration.

The NU-PCR project in Phongsaly is financed by the European commission to the tune of 1,8 million euros and covers 30 villages of  the 3 following districts : Mai, Samphan and Nhot Ou. This project directly benefits to 1 500 households and through a trickle-down effect, it benefits to the entire population of the three target districts, 78 000 people.


Wild tea Domestication & tea planting are the most reslience cash crops to climate change in the region. Thanks to its specific weather and topographic conditions, the area is suitable for tea production and proximity of chinese market ensures outlets. CCL is supporting tea producers by enhancing their technical capacities on tea nurseey, processing and commercilaisation through a better access to market information. 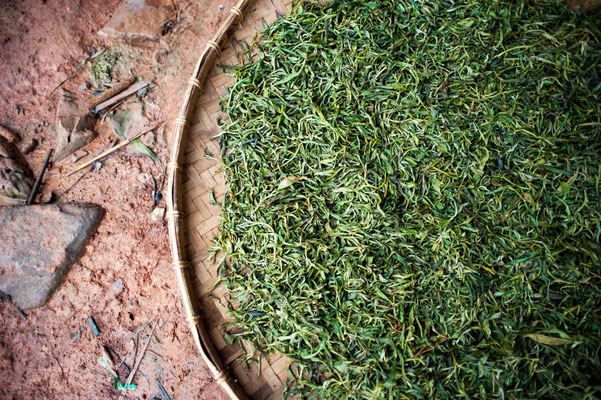 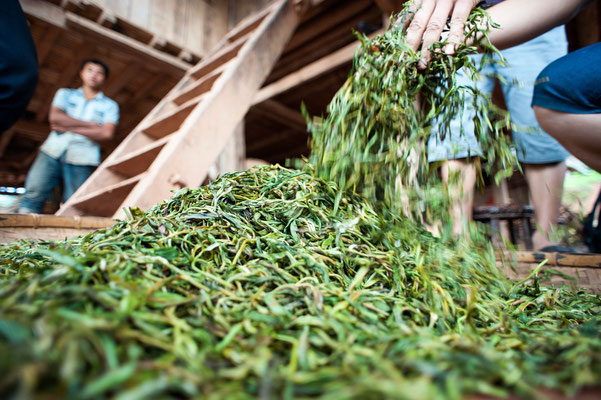 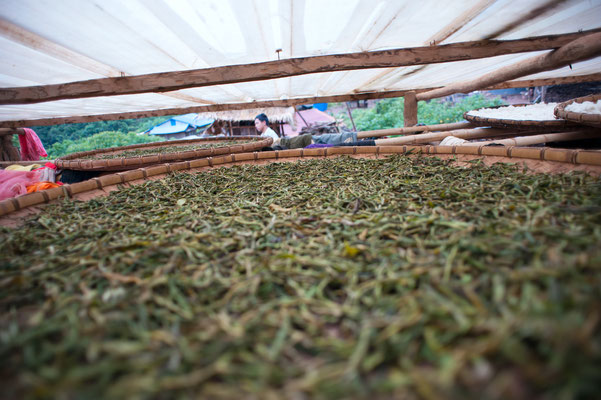 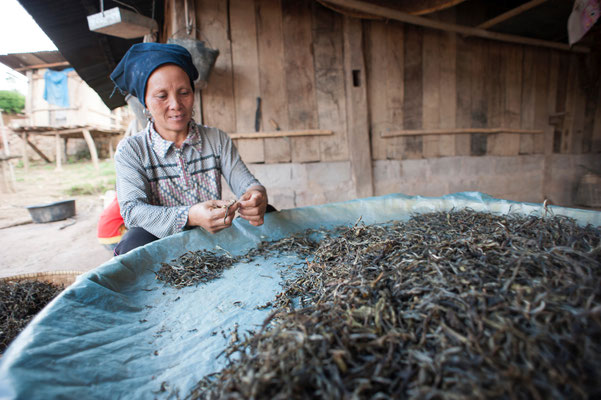 See more on past conferences here